The Mid-Autumn festival falls on September 15th 2016. Traditionally MV Dhamma Fellowship celebrated the occasion earlier with a date closer to the day with gifts of moon cakes and household items for members of five families residing in Eunos Crescent. 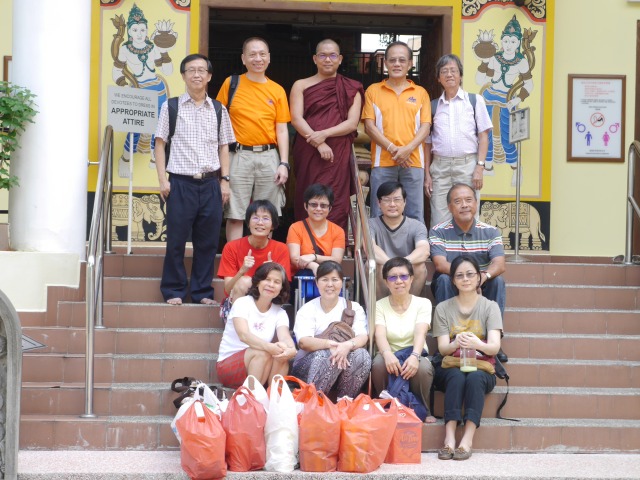 A token of appreciation is accorded to Sisters Susan Lee and Gak Chew who not only helped out in the making of the colourful moon cakes but also in the delivery to the families residing at Block 2 and 12. 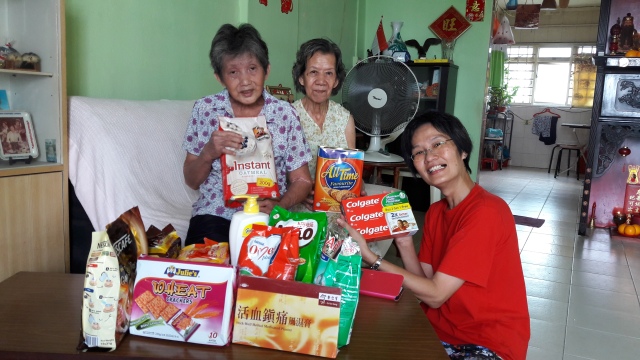 Display of the contents of a typical household hamper with Sister Susan Lee.

The roster for the volunteers’ visit to the senior citizens in the regular schedule is on the first Sunday of the month.  However, to keep the date closer to the mid-autumn day and soaked in the festival mood, we visited them on September 11th 2016 and brought household hampers and joy to them and shared the good tiding.

Members’ visit to the senior citizens with goodies.

Sister Susan Lee also demonstrated her skill in foot reflexology rendered her service and massaged the aching legs of a resident much to the relief of her chronic pain.

‘Foot reflexologist’ Susan Lee administers her skill to the relief of a resident.

It was indeed a noble deed for the volunteers who brought joy to the senior citizens with an opportunity to practise dana for themselves.

Sister Susan Lee in her exceptional effort rendered therapeutic relief with foot reflexology to a resident with chronic pain.